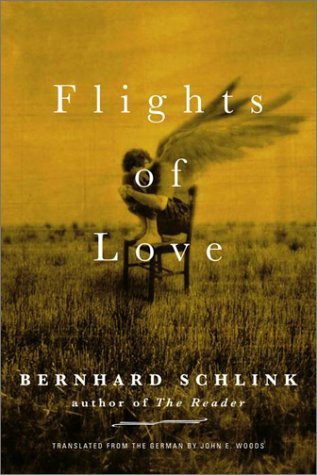 Girl with Lizard; A Little Fling; The Other Man; Sugar Peas; The Circumcision; The Son; The Woman at the Gas Station.

All seven of these stories are about German men. The first is about a young man discovering his parent's past through searching the history of a painting that hung in his father's study.

Relationships between a West Berlin man and an East Berlin couple before and after the Fall of the Wall are examined in A Little Fling, a story of betrayal.

The Other Man and Sugar Peas both deal with infidelity. In the first it is a wife's affair (discovered by the husband after her death); in the second a husband's affairs overwhelm him. Both are stories of sly revenge with strange, sometimes questionable, twists and turnings. These two are lighter in mood than the other stories in the collection.

In The Circumcision a German man studying in New York falls in love with a Jewish American. This is the post war generation--his father served in the Germany military in World War II; her aunt and uncle survived the concentration camps. The relationship is somewhere between walking on eggs and zig-zagging through a minefield as the two try to understand their prejudices, family histories, and apprehensions about their future together.

The Son takes place in an unidentified Latin American country where a German is part of an international election observation team. When the team is stranded overnight, the German man meditates on his life's shortcomings and his failed relationship with his son. The Woman at the Gas Station is the story of a long time marriage that is trying to rejuvenate itself. The men in both of these stories are world weary.

Schlink is a skilled storyteller. His characters are well developed and interesting. A thoroughly enjoyable read.
Posted by MG at 12:13 PM